The Senate’s demand on President Muhammadu Buhari that the bandits be declared terrorists made headlines in Nigerian newspapers.

According to The Punch, the federal government revoked 5,793 mining licenses in six years, with operators blaming insecurity. The newspaper reports that bandits on Tuesday attacked Munya LGA from Niger State and killed more than 30 people. 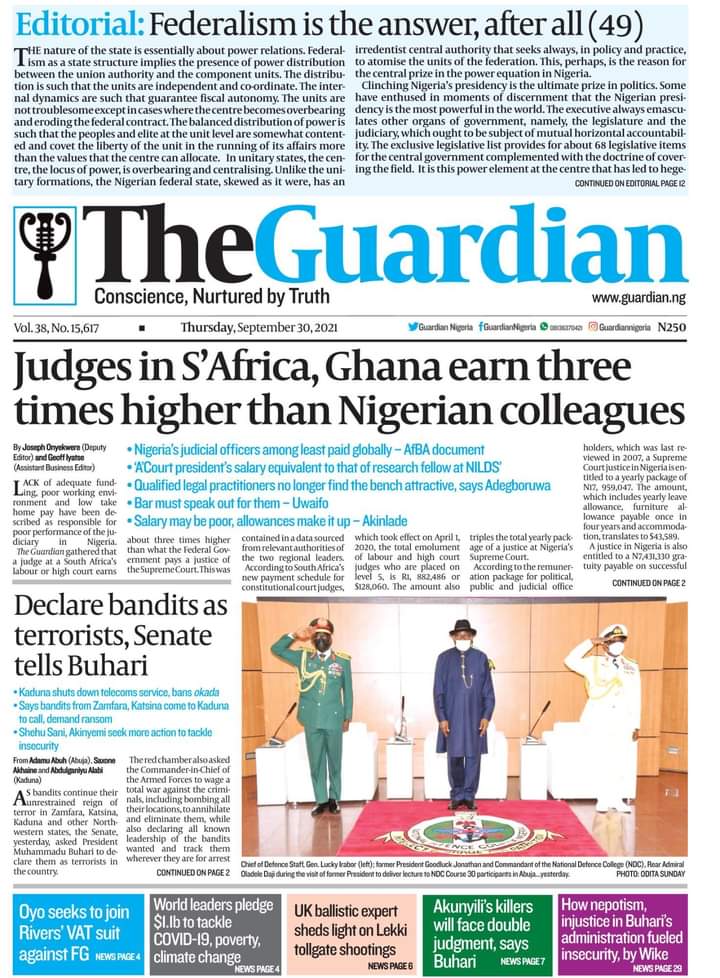 The Guardian reports that judges in South Africa and Ghana earn three times as much as their Nigerian colleagues. The newspaper says the Senate asked Buhari to declare the bandits terrorists. 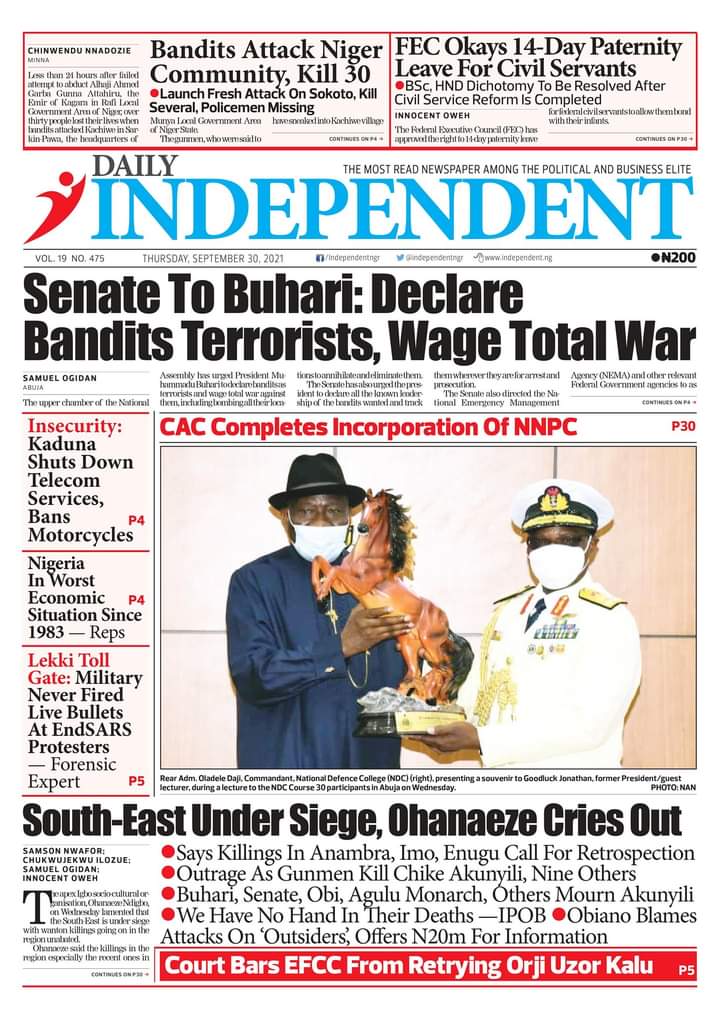 Daily Independent reports that Ohanaeze has cried out about relentless killings in the southeastern region of the country. The newspaper says the federal executive council has approved 14-day paternity leave for civil servants. 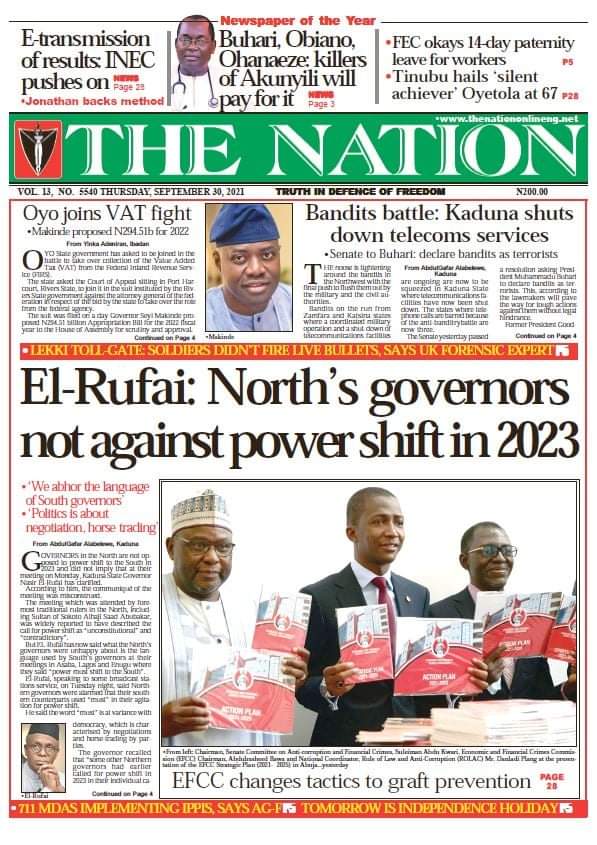 The Nation reports that Nasir el-Rufai, governor of Kaduna, has said that the governors of the north are not against a change of power in 2023. The newspaper indicates that Kaduna has also shut down telecommunications services in parts of the state. . 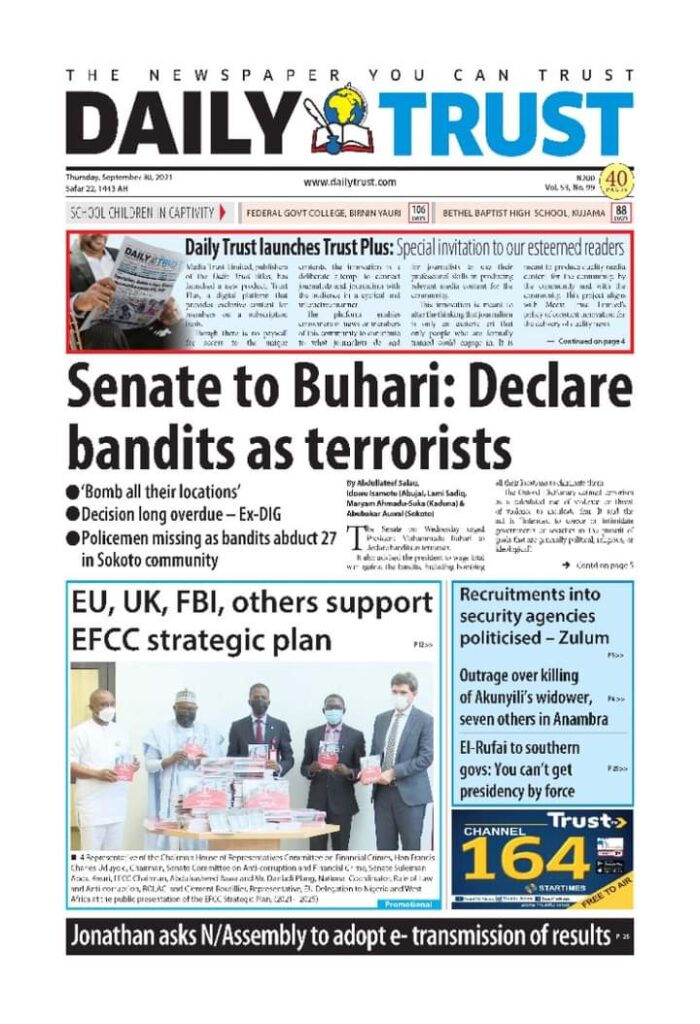 According to the Daily Trust, the Federal Bureau of Investigation, the UK and the European Union are set to support the Economic and Financial Crimes Commission (EFCC) strategic plan. According to the newspaper, outrage followed the murder of Chike Akunyili, husband of the late Dora Akunyili, former Minister of Information and Communication, and seven other people in Anambra.